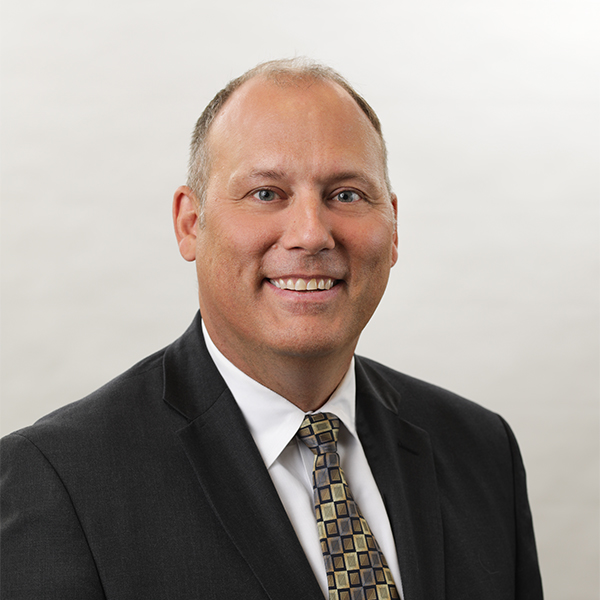 Goldberg Simpson Personal Injury attorney Kevin Weis speaks on the importance of knowing what’s on your automobile policy declarations page. What are the elements of liability coverage? What’s the difference of uninsured and underinsured coverage? Is personal injury protection coverage necessary? Weis explains all the answers to these questions and provides insight on why Goldberg Simpson differs from other plaintiff’s attorneys.

Goldberg Simpson Partner Kevin Weis leads the firm’s Personal Injury practice group – a group with more than 100 years of collective experience in personal injury claims. In this installment of The Q&A Series, Weis discusses why it’s important to have a plan ready in case you’re involved in a motor vehicle accident. Watch as Weis details the first things you should do if you are injured in an accident and shares what advice he would give someone who has been in a motor vehicle accident.

Kevin Weis is a Partner and heads the firm’s Personal Injury practice group. He has been with the firm since 2003 and in practice since 1999. Throughout his legal career he has practiced almost exclusively representing clients who are seriously injured or killed as the result of negligent individuals and corporations in such areas as Motor Vehicle Negligence, Medical/Healthcare Negligence, Premises Liability (“slip and falls”), Products Liability, Dog Bites, Tractor Trailer Negligence, and General Negligence. His passion is to assist his clients in obtaining fair compensation for what has been lost and cannot be replaced, to hold wrongdoer’s accountable and hopefully protect the public from such dangers, and to ensure his clients are treated with dignity and respect from the powerful and well-funded adversaries they face in a time of stress and often tragedy.

Born and raised in Louisville, Kentucky, after graduating from Saint Xavier High School, Kevin earned his Bachelor of Arts in Biology degree cum laude from Bellarmine University in 1991. He continued his education at Texas A & M University in College Station, Texas earning a Master of Science in Genetics in 1995. In 1999 Kevin obtained his Juris Doctorate from the University of Louisville Brandeis School of Law during which time he authored an article published in the school’s Brandeis Law Journal, formerly known as the Journal of Family Law. He is licensed to practice in all state and federal courts in Kentucky and occasionally obtains admission in other court jurisdictions for select cases. Currently, he is a member of the Kentucky Bar Association, Louisville Bar Association, Kentucky Justice Association, and American Association for Justice. He has served on the KJA Board of Governors for the past five years having been voted to that position by election of other members, is the Vice President of KJA’s Membership Committee, and serves on several other committees. He is also active in AAJ where he serves on multiple committees as well. In years past he served on Bellarmine University’s Alumni Board of Directors for many years including service on the Alumni Awards Committee. He was an Assistant Coach and Team Coordinator for the Louisville Male High School Girl’s Lacrosse Team and a coach in the Jeffersontown Youth Soccer League. He is also a multi-year recipient of Louisville Magazine’s Best Lawyers award in the area of Plaintiff’s Personal Injury Law.

Mr. Weis is married to his dear wife of 21 years, Jane, and has two adult daughters who are pursuing nursing careers. In his spare time he enjoys live music, boating on Kentucky’s waterways, and supporting University of Louisville athletics.